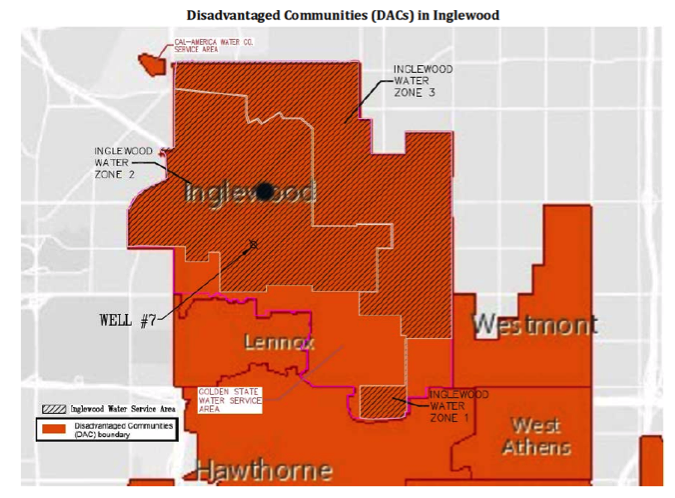 The Project will enhance the City’s groundwater production capacity by an average of 1,178 acre‐feet per year (AFY) over the Project’s 50‐year lifetime, allowing the City to fully utilize its groundwater allocation in the West Coast Basin and reduce its dependence on expensive and energy‐intensive imported water supplies. This will also ensure that the City’s customers in this Disadvantaged Community (DAC) area will have a more reliable supply of local water relative to imported water.

The City receives its potable water from two sources: approximately 7,200 AFY from the West Basin Municipal Water District (WBMWD) and approximately 2,700 AFY from City wells. The City owns 4,731 AFY of groundwater rights in the West Coast Basin. In recent years, production has decreased substantially due to the age of the wells. Thus, the City has not been able to pump their full allocated rights. The new well will allow increased production and reduce the City’s dependence on imported water.

The City currently operates four wells. The Project proposes to drill a new well (Well No. 7) at a City-owned property located at 101 West Arbor Vitae Street in order to provide a new source of high‐quality groundwater. This new well is intended to replace the lost production from three existing wells that were built in 1974 (Well No. 1 and Well No. 2) and 1990 (Well No. 4). Currently, the combined production of Inglewood’s four active Wells is 2,700 AFY, which constitutes only 60% of the City’s groundwater production rights. If this project is not implemented, more imported water will have to be purchased from MWD. In addition, implementation of this project will ensure that the City’s customers in this DAC area will have a more reliable supply of local water relative to imported water. 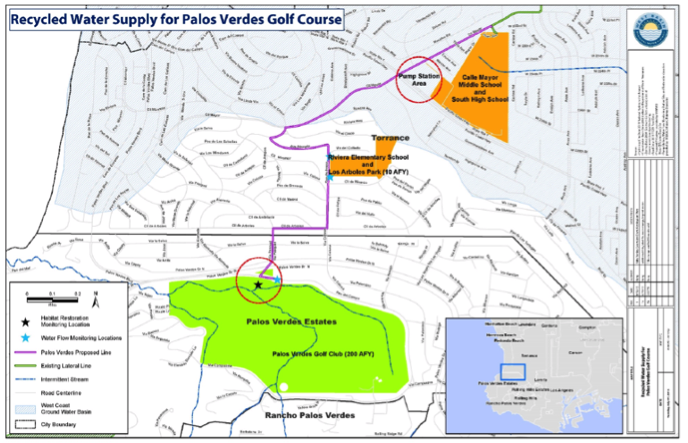 The West Basin Municipal Water District (WBMWD) is partnering with the City of Palos Verdes Estates (City) and Palos Verdes Golf Club to implement this project. The Project includes construction of a new recycled water line, pump station and onsite storage to serve 200 acre-feet per year (AFY) to the Palos Verdes Golf Course, owned by the City of Palos Verdes Estates and operated and maintained by the Palos Verdes Golf Club. The Project also includes the installation of connections to two (2) other sites along the alignment for an additional 10 AFY: Los Arboles Park and Riviera Elementary School. The habitat restoration involves removal of non-native acacia trees and understory grass; they will be replaced with a mix of native transitional riparian species and native scrub species at Malaga Dunes. 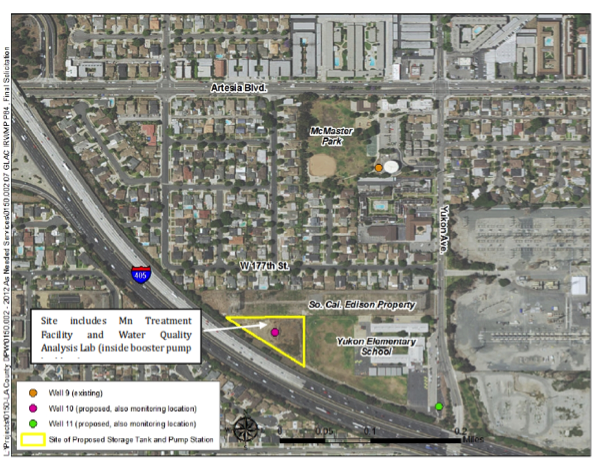 The City of Torrance (City) will enhance its groundwater pumping capacity by 4,000 acre‐feet per year (AFY) by constructing two new wells. The City currently has two sources of potable water: imported water supplied by the Metropolitan Water District of Southern California (MWD) and groundwater from the West Coast Basin. The City’s total demand is currently around 20,000 AFY. Roughly 82 percent of this demand is supplied by imported water, with the remaining 18 percent supplied by groundwater.

To provide groundwater, the City uses one well, Well No. 9, which has a capacity of 2,000 AFY. This Project will enhance groundwater production and improve local water supply reliability and water quality. The first two phases include land acquisition and underground utility construction. Phase III (Project) will include construction of two new wells (Well No. 10 and Well No. 11) that will each provide 2,000 AFY. With the Project, the City’s total groundwater pumping capacity would increase to 6,000 AFY. This additional 4,000 AFY of capacity resulting from the Project would increase the City’s groundwater supply to 30 percent of its total supply portfolio.